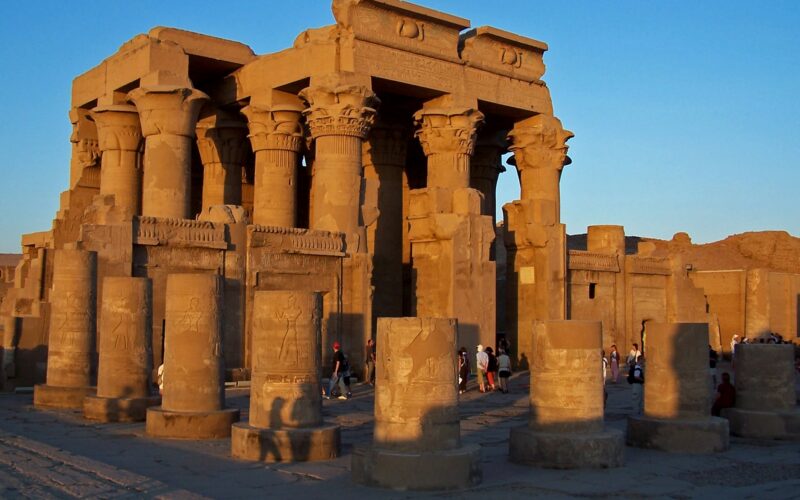 Egypt is the land of many mysteries. A civilization that once reigned supremacy, with its alluring Egyptian tombs and pyramids honoring their kings of heavenly lineage. The ancient Egyptians believed that the gods reside within the sanctuaries of their Egyptian Temples. So they would perform rituals and give offerings.

Today these Egyptian Temples with all their glory hold testament to the wonderful heritage of Egyptian culture and legacy. And not to mention, they’re the most fascinating cultural Tourist Attractions In Egypt. A trip to these marvelous Egyptian Temples will give you a deep insight into ancient Egypt’s fascinating history.

Take a look at our 5 must-visit Ancient Egyptian Temples that you should include in your Egypt Travel.

Luxor has the highest concentration of Famous Egyptian Temples and monuments. The stunning Temple Complex At Karnak is undoubtedly one of the most impressive Egypt Attractions. Standing on the east bank of the River Nile, everything about this Egyptian Sanctuary is gigantic. In fact, the Temple of Amun-Re remains one of the largest religious complexes in the world.

The Temple of Hathor, Dendera

These Egyptian Temples For Gods are truly a sight to behold. You will find the best-preserved religious structures of Egypt here. Dendara is a humongous site with an impressive stone roof, huge columns, twisting stairways, and several underground crypts. We bet Dendera and its Egyptian Temple-Architecture with incredibly detailed hieroglyphs will be the highlight of your Egypt Tours.

Known as Splendor of ‘Splendors’ or ‘Djeser-Djeseru’, Queen Hatshepsut’s mortuary temple lives up to its billing as one of the most incredible Tourist Attractions In Egypt. With its multi-terraced courtyards, iconic colonnaded halls, this Famous Egyptian Temple fit for a rare yet powerful female pharaoh. You can see many fine sculptures and carved reliefs at Hatshepsut Temple, predating 1480 BC, and is a highlight of Nile Holidays.

This Egyptian Temple Of Gods was built around 57 BC during the Ptolemaic dynasty. The Temple of Edfu was the sanctuary of the falcon god, Horus. It is said that he had allegedly defeated the god Seth on this very site. Today Egyptian Temples Architecture of this famous temple will depict the glorious battle, as well as details of life during Egypt’s Greco-Roman period.

Book with Nile Holiday and fulfill your long-cherished dream of being able to see the Egyptian Temples, tombs, and pyramids. Choose from our various budget-friendly attractive Egypt Tour Packages. For more details visit Nile Holiday today.