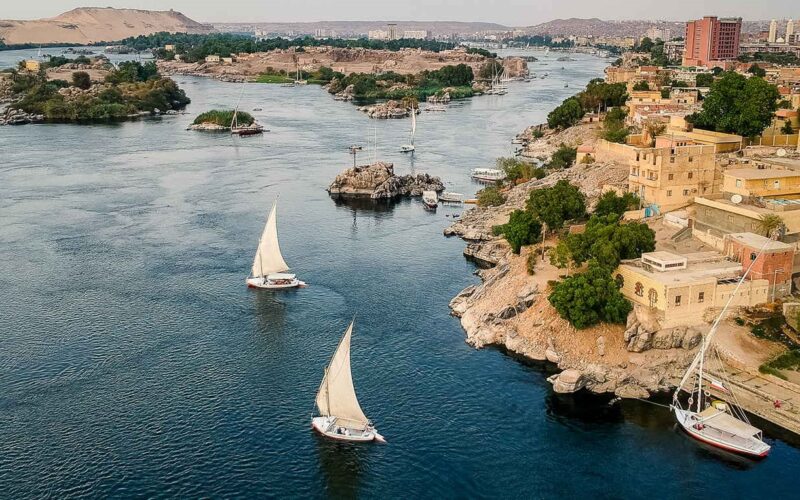 The Nile is lined with attractions that can fill a bucket list over and over and over again. And what better way to tick them off your bucket list than on a Nile Cruise? Imagine sailing past palm-fringed farmlands and sweeping sand dunes, while the Nile glitters all around you. Now, that is something that you can get used to, right?

The Karnak temple is a complex combination of sanctuaries and kiosks that are dedicated to the greater glory of the pharaohs. The site covers more than 2 sq km of area. This is probably the first sight you’ll come across during your Egyptian Nile Cruise.

The Luxor Temple is primarily dedicated to Amun-Re, along with the gods Mut and Khonsu. It is a strikingly beautiful monument right in the heart of the modern town. One of the highlights of visiting the Luxor temple is the chance to be able to take a close look at the beautiful and spectacular carvings of people clapping, beating drums and dancing while on an Egypt Nile Cruise Holiday.

VALLEY OF THE KINGS

The Valley of the Kings is well-known for its ancient royal tombs. For more than a thousand years, the kings, queens, and nobles of the ancient Egyptian kingdom have been buried in this valley. This is a major attraction during an Egypt Nile River Cruise.

The Temple of Edfu is dedicated to Horus, the Falcon God. Falcons were worshipped by ancient Egyptians because they don’t eat dead flesh, which is why they were considered noble. The temple of Edfu can be seen during a Nile Cruise Package.

A Nile Cruise just wouldn’t be complete without a visit to Kom Ombo. Kom Ombo is a double temple that’s devoted half to Horus and half to the crocodile god Sobek.

That’s a quick look at the top Egyptian Temples and sights that you’ll see while cruising through the Nile between Luxor and Aswan. Immerse yourself in the fascinating and spectacular history of ancient Egypt. No matter which Egypt Nile Cruise you opt for, all will create incredible memories that will last a lifetime. Is this making you want to explore Egypt on a Nile Cruise? Give Nile Holiday a call now!