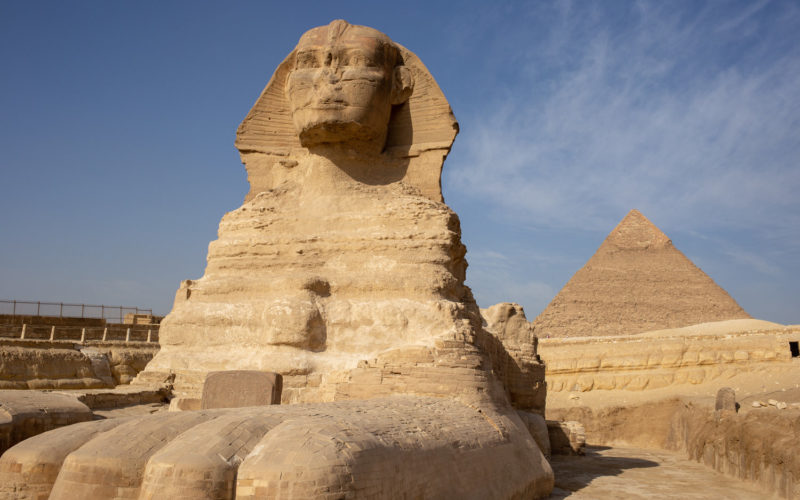 We all know that Egypt is the cradle of civilization and it is also home to one of the oldest Seven Wonders of the World. Despite their ancient history dating back to more than 7000 years ago, ancient Egyptians are well-known for excelling in making stunning art carvings from gold and hard stones that are difficult to be carved by modern-day sculptors, even with all the available modern technology. The exceptionality of this place can be seen from ancient works like museums, pyramids, etc. The food of this fabulous country is also quite appetizing to eat. It is one of the safest places in the world to visit. Going to Egypt Tours is quite suitable for you.

Giza Pyramids – One Of The Seven Wonders Of The World

1) The great Giza Pyramids that everyone watches today are also known as the Pyramid of Khufu, one of the oldest & largest unbroken & undamaged pyramids of the three in the Giza Necropolis in Cairo Tours.

2) It is also one of the seven wonders of the ancient world. This pyramid is built as a tomb of Pharaoh Khufu and believed to be constructed around 2584-2561 BC. It will be just great to go for Egypt Tours and visit these Giza Pyramids that have withstands the storms of time.

3) You can also be able to watch the world-famous statue of Sphinx- a mythical creature with the head of a human and the body of a lion.

1) During your Egypt Tours, you can also get a huge deal by visiting a great constellation of Islamic monuments as well as ancient monuments in the heart of capital city Cairo because according to a recent survey, it has been found that no other Islamic city can equate with the Cairo’s spectacular heritage or can be able to trace its ancient history & architectural development with such precision. Now there is a wide range of monuments that you can visit during your Egypt Trips that are as follows:-

2)  Mosque of Ibn Tulun– is located in Cairo; Egypt is one of the oldest mosques in the city surviving in its original form as well as the largest mosque in Cairo in terms of land area.

3) Cairo Citadel- It is also called as Saladin Citadel of Cairo, is a medieval Islamic fortification in Cairo, Egypt.  It is located in Mokattam Hill near the center of Cairo.

4) Cairo Necropolis- It is also known as the City of Dead, is an Islamic necropolis as well as a cemetery below the Mokattam Hills in the South-eastern Cairo, Egypt.

1) During your Trips To Egypt you can also visit the Coptic monastery in the mountain is also known as the Coptic Museum in Coptic Cairo, Egypt. The specialty of this museum is that it is the largest collection of Egyptian Christian artifacts in the world.  Moreover, there are also various majestic old royal palaces in and around Cairo that have built by some famous kings and Pharaohs like Tutankhamen.

The Warmest Governorates In Egypt In The Winter, Namely Luxor And Aswan

While on your Travel To Egypt you can visit governorates namely Luxor & Aswan to spend your holidays there, especially during the winter season because of the charming warm climate of these two places that are mentioned above.

1) Luxor city: – As far as the city of Luxor is concerned, it is characterized by its magnificent buildings and also the existence of the antique markets that the tourists like to visit various gifts for their loved ones and friends.

2) Aswan city: – Now, if you talk about the city of Aswan than it is considered as the south gate of Egypt characterized by its handmade Nubian houses

Until now, you might have watched many citadels and fortified palaces. Now it is time to visit fortified villages and a lot of pillars that you can see or watch at Karnack’s Temple complex that is located in the north of Luxor that is by far the largest temple complex in Egypt. Here you will be able to see the Corridor of Sphinxes connecting the Karnak Temple and The Luxor Temple. This temple complex is heavily dedicated to Amun-Ra, his wife Mut & their son Khons.

In Aswan city, you can visit the “High Dam of Egypt” that was built in the 60s. At that time, this dam is considered to be an engineering miracle as it provides electricity & irrigation for the entire nation of Egypt. You can visit this dam during your Trips To Egypt. Furthermore, this dam is located in The City Of Aswan.

Islands In The Middle Of The Nile

There are various other places in Cairo that you can visit during your Tour To Egypt through us. We have various types of packages that will provide you a good tour of Egypt and during the tour; you can be able to understand this African country in a much better way.