Egypt Land Tours Take You To The Magnificent Treasures That Extends From The Pharaohs To The Modern Time. Find The Wonders Of Egypt With Nile Holiday!

On this 9-day Cairo, Luxor and Aswan tour package you will visit the attractions of Cairo and Giza before traveling to Luxor and Aswan and to visit Abu Simbel Temples. Witness the beauty and splendor of Egypt’s past and present in this 9-day tour across rail, and road. You’ll begin your journey in Cairo, where you’ll encounter the magnificent pyramids of Dahshur, Step Pyramid at Sakkara and the pyramids of Giza in the first day. And the Egyptian Museum, Cairo citadel, Old Cairo and Khan el Khalili Bazaar on the second day before boarding the sleeper train to Luxor. You’ll spend several days exploring ancient ruins and temples in Luxor, Aswan and Abu Simbel before you return by air to Cairo

Upon your arrival at Cairo Airport, We will meet and assist you at Cairo International Airport and then transfer by A/C vehicle to your hotel. At the hotel, the tour manager will assist with a smooth check-in and review your holiday itinerary with you to establish and confirm pick-up times for each tour. Overnight in Cairo

Day 2: Day Trip to Pyramids of Dahshur, Sakkara, Giza and the Sphinx

After breakfast at your hotel, your Egyptologist tour guide will pick you up to enjoy the off the beaten path to Dahshur. Where you will see the Bent Pyramid was the first attempt at building a smooth sided pyramid, while the nearby Red Pyramid represents the world’s first truly smooth sided, and a free standing pyramid. The Red Pyramid and the Bent Pyramid were built from 2613 to 2589 BC. Nearly identical in size, these two pyramids mark an important stage in Ancient Egypt’s pyramid-building history. The Red Pyramid is the older of the two and the only one that visitors can actually enter.

Move on to visit Sakkara, contains numerous pyramids, including the world-famous Step pyramid of Djoser, the oldest complete stone building complex known in history. It was built during the 3rd Dynasty (around 2678 BC) for King Djoser.

Lunch will be served at a local restaurant, then you will visit the world-renowned Giza Plateau to visit the only remaining wonder from the original Seven Wonders of the Ancient World – the Great Pyramid of Khufu (called Cheops by the Ancient Greeks). Also on the plateau are the pyramids of Khafre (Chephren) and the smallest Pyramid Menkaure (Mykerinos). The plateau is as famous for the mysterious structure ‘the Sphinx’ as it is for the Pyramids, where you will visit the Valley Temple. After finished, you will be transferred back to your Hotel

Check out after breakfast and then start to enjoy Cairo city sightseeing tour to visit the Egyptian Museum, home to the world’s greatest collection of ancient Egyptian artefacts. Wander the treasure-filled halls of gleaming artefacts and of course Tutankhamen’s treasures from jewellery to the famous golden death mask and his gilded sarcophagi are an impressive sight to behold, after a fantastic guided tour enjoy a free time to explore at leisure

Proceed to visit the Citadel of Saladin, one of the world’s greatest monuments to medieval warfare with large imposing gateways, towers and high defending walls. Discover the prominent Mohamed Ali Mosque, was built between 1830 and 1848 by the architect Yousef Bushnak.

Continue to Coptic Cairo to visit the famed Hanging Church, a place of Orthodox worship and one of the oldest churches in Egypt. Next, walk to Abu Serga, known formally as Saints Sergius and Bacchus Church. This place has great significance as it is believed to be the spot where the Holy Family spent time during their journey in Egypt. Walk on to Ben Ezra synagogue, which is the reputed location of Moses’ discovery as a baby.

Continue to the famous Khan el-Khalili Bazaar, a major souk in the Islamic district of Cairo, enjoy free time at leisure and then transfer to Giza train station for your overnight sleeper train to Luxor (9/11 Hours), Dinner will be served onboard the Sleeper Train.

Enjoy your breakfast with a sunrise view from the train before arriving at Luxor, where you will be met by Nile Holiday Representative who will transfer you to visit Karnak Temple, which is the world’s largest ancient religious site ever built in Egypt. Walk along the avenue of the Sphinxes and marvel at the Hypostyle hall with its 134 massive sandstone columns is one of Egypt’s infamous landmarks. After a fantastic guided tour there will be free time to explore at leisure

Proceed to visit Luxor temple, which was once joined to the Karnak Temple by a three-kilometer long Avenue of Sphinx. You will enter the temple through the great pylon where two enormous statues of King Ramses II still stand, along with a pink granite obelisk (its mate stands in the Place de la Concorde in Paris, France). The temple was built by king Amenhotep III and Ramses II, and it was constructed over hundreds of years, beginning around 1400 BC. Luxor Temple is at its most stunning at sunset, when it is illuminated with the golden glow of the setting sun. After finished, you will be transferred to your hotel in Luxor. Check in and free afternoon to relax.

Day 5: Trip to Valley of the Kings, Queens & Hatshepsuit Temple

Today after breakfast at your hotel, your local tour guide will pick you up to start your Luxor tour to the west bank of the River Nile where you will enjoy a photo stop by the colossi of Memnon, marks the remains of the funerary temple built by king Amenhotep III.

Move on to visit the remote and barren Valley of the Kings, one of the most famous archeological sites in the world, used as a burial place for a period of nearly 500 years from the 16th to 11th century BC, where rock-cut tombs were excavated for the pharaohs and powerful noble. The most known tombs are King Ramses IV, Merneptah, Ramses III, Siptah, Tuthmosis III, Amenhotep III, Tausert & Setnakht as well as the tombs of Tutankhamun, Ramses VI, and Seti I (extra tickets on spot).

Continue to visit the Valley of the Queens, where the wives, princes, princesses of Pharaohs were buried. You will visit three tombs like the tombs of Amun-her-khepeshef, Seth-her-khopsef, Khaemwaset and of a Ramesside Queen called Tyti. But the most notable are those of Queen Nefertari, the favourite Royal Consort of Pharaoh Ramses II (Extra special ticket on spot). After finished, you will be transferred back to your hotel in Luxor & free time to relax

Check out after breakfast and then your Nile Holiday tour guide will pick you up and transfer to visit Edfu Temple, consider to be the best preserved cult temple in Egypt. Dedicated to Horus the falcon headed god which according to the Egyptian myths, it was the place where the falcon-headed god Horus revenged the murder of his father Osiris by killing Seth. The present structure dates from the Ptolemaic period (332 – 30 B.C.)

Drive on to the temple of Kom Ombo standing on high grounds overlooking the Nile. Unlike most ancient Egyptian temples, is dedicated to two gods, the crocodile god Sobek and the falcon god Haroeris “Horus the Elder”. The temple is atypical because everything is perfectly symmetrical along the main axis. The existing temple was begun by Ptolemy VI Philometor (180–145 BC) and continued under later rulers, most notably Ptolemy XIII (47-44 BC), who built the inner and outer hypostyle halls.

At one time crocodiles basked on the River banks. A few of the some 300 mummified crocodiles found here are on display in the small on-site Crocodiles museum. After finished, you will be transferred to your hotel in Aswan. Check in and free time

Early in the morning, you will drive (almost 3 hours) to the most amazing temples of Abu Simbel, the site is dominated by the looming twin temples of Ramses II and his wife Queen Nefertari. It is one of the most recognizable ancient sites of Egypt, carved on the western cliff of the desert by Ramses II in the Xl century BC. See the iconic 20-metre high statues, dedicated to the god Amon Ra, and the Temple of Nefertari, dedicated to the goddess Hathor. The mighty Temples of Abu Simbel reclaimed from the floodwaters of the Aswan High Dam and totally reconstructed in the present location. After finished, you will be transferred back to Aswan.

In the afternoon, you will take a relaxing Felucca Ride on the Nile to enjoy the river breeze, a fantastic sailing experience around Elephantine Island. After finished, transfer back to your hotel & free time at leisure

Proceed to visit Philae Temple Island where there are complex of temples saved between 1972 –1980. There are temples dates to different periods from Pharaonic to Greco-Romans period. The temple complex was dismantled and moved to nearby Agilkia Island as part of the UNESCO Nubia Campaign project, protecting this and other complexes before the 1970 completion of the Aswan High Dam.

You’ll be served breakfast at your hotel, and then you will be transferred to Cairo International Airport for final departure.

Four Seasons at The First Residence or Similar

US $2335 One Person Traveling Alone

US $2125 One Person Traveling Alone

US $1875 One Person Traveling Alone

US $1695 One Person Traveling Alone

US $1665 One Person Traveling Alone

US $1555 One Person Traveling Alone

Discover all that Egypt has to offer with our well-selected Egypt Land Tour Packages, independent & expert tour guides, personal services, will create an opportunity for unique experiences to the top tourist attractions in Egypt. Travel to Egypt with a carefully well-planned itinerary and discover the remarkable history and incredible sights of Egypt. We’ve got the perfect Holidays to Egypt Nile Valley, Western desert and Red sea coastal cities. 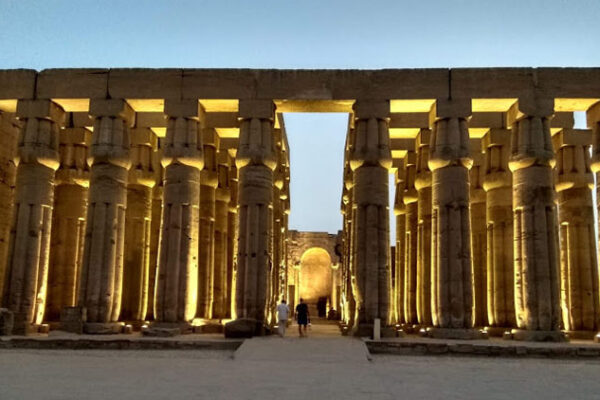 Egypt has many historical classic sites that you can visit and enjoy on Egypt Classic Tours. Each tour of Egypt is diffe… 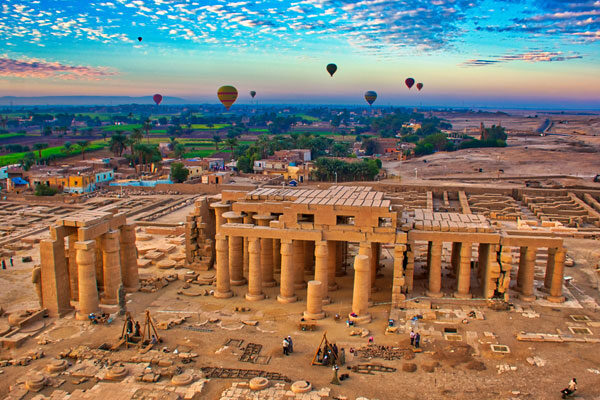 Get a chance to discover all that Egypt has to offer with our well selected and curated Egypt Budget Tours. Explore a va… 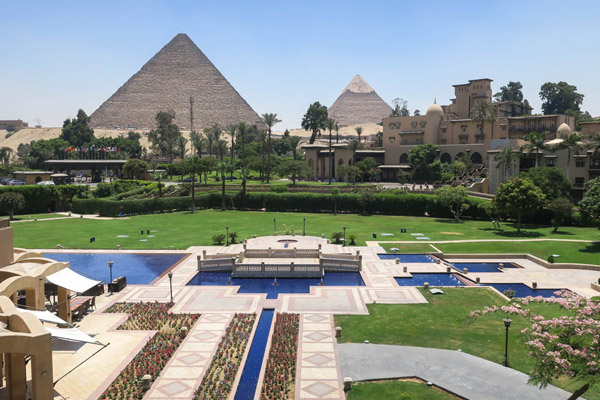 Egypt Luxury Tours are designed to provide our customers with the ultimate luxury. Uncover Egypt with us in Luxury Egypt…