One Week Egypt Tour Packages - What Not To Miss! 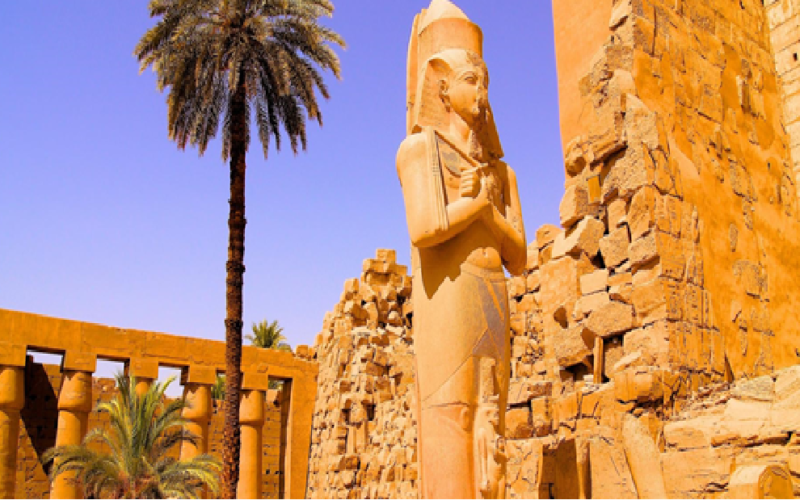 Have you always wanted to go on an Egypt Tour? But isn’t one week too little a time to explore all of Egypt that you’ve always wanted to? We agree, while 7 days Egypt Tour Packages isn’t really enough to see it all, you can actually do quite a bit with a one week time in Egypt. You can still visit all your favorite places and get in a ton of new Egypt Travel Experiences to talk about for years.

In a week, you can go all the way from bustling Cairo to all the way down to the Abu Simbel temple in the south.

Ready To Explore Egypt In One Week? Here’s How You Can –

Cairo is the capital of Egypt and most likely where you will land when you fly into Egypt. Cairo is crowded and busy, but has some of the must-sees in Egypt. Places you can visit during Cairo Tours are –

The Egyptian Museum has some of the best possessions of ancient Egypt and is a must-visit. The museum is located in Cairo however a new modern museum is under construction in Giza, overlooking the Great Pyramids of Giza.

Must-sees in the museum include King Tutankhamun’s tomb and his gold mask and the hall of mummies where you can see several Egyptian mummies from near.

THE GREAT PYRAMIDS OF GIZA AND THE SPHINX

The Great Pyramids of Giza and the Sphinx are iconic Egyptian monuments. They are incredible to see from a distance and up close, the sheer size of the rocks looks like mighty huge mountains.

If you want you can go inside the pyramids but since there’s no airway, it is very hot and tight and not a very good idea if you are claustrophobic.

Khan El Khalili is Cairo’s biggest bazaar shopping district and is a great place to go for souvenirs, meals, or just to see some famous markets. While the vendors look forward to only selling to tourists and you can likely find the best authentic, local, and Egyptian made merchandise for sale.

Visiting the Khan El Khalili bazaar in the evening, when its cooler, is a good plan because then you can stop in one of the restaurants for a meal or take a break at a traditional coffee house. You can also get a guided tour of the area if you are worried about getting lost.

Saqqara has a number of pyramids but the best known among them is the Step Pyramid of Djoser. It is also sometimes referred to as the Step Tomb. Saqqara served as the royal burial place for ancient Egyptians during the Second Dynasty. But in the First Dynasty, it was used for the burials for the nobles.

2. ASWAN-LUXOR THROUGH A NILE CRUISE: 3 NIGHTS

Aswan and Luxor are the two most popular places in Egypt. These cities are where you will find many of Egypt’s most impressive temples and ancient sites-

Though Abu Simbel is far away from Aswan, it is a must-see when in Egypt. There are two temples here, built by Ramses II.

When the Aswan High Dam was built, the temples had to be disassembled and transported to where they are situated today.

The Edfu Temple is dedicated to the god Horus and it is one of the best-preserved temples in all of Egypt. This temple is so impressive because of the number of carvings and inscriptions that can be found on the walls of the temple.

At Kom Ombo, you can visit the crocodile museum. You can find several crocodile mummies on display in the museum.

Luxor is a favourite destination of many people in Egypt. It’s a much quieter place than Cairo but has plenty of things to see and do. You can take a hot air balloon ride over some of the ancient sites during Luxor Tours –

The Karnak Temple is absolutely huge and has a rich history. Karnak is actually better described as the city of temples rather than just a single temple on its own.

Karnak temple has a lot to explore and also houses the Hypostyle hall, which is the largest room of any religious building in the world. You can explore the Karnak Temple with a guide during the day.

Luxor Temple is smaller than the Karnak Temple but it is still quite impressive and definitely worth a visit. It was dedicated to the cult of Amun Ra and was an important part in ancient Egyptian festivals.

Among the temple, you can find a granite shrine dedicated to Alexander the Great.

VALLEY OF THE KINGS

You will find the tombs of many ancient Egyptian pharaohs in the Valley of the Kings. While there are dozens of tombs in here, many new ones are still being discovered today. You can also go inside the tomb of Tutankhamun.

VALLEY OF THE QUEENS

The valley of the Queens contains the tombs of more than 75 queens and princesses and new tombs are being uncovered on a regular basis all the time.

You can currently see 4 tombs that are open for public viewing – the tombs of Nefertari, Titi, Amunherkhepshef, and Khaemwaset.

Queen Hatshepsut’s temple is considered to be one of the top monuments of Egypt. It is said that the temple was meant to tell the story of her life. It is also said that it was designed by her steward and suspected lover who is said to be buried not too far away on the hill.

The Habu Temple is the temple of Rameses III. It also remained as an important structure throughout history. It was used as a place of refuge during the wars.

One-week Egypt Tour Packages doesn’t sound like much but it is absolutely worth it. With the right planning and itinerary, you can visit the most popular main attractions of Egypt, relax with some scenic Egypt Nile Cruise, and dive into the local Egyptian Food And Culture. But just beware! You’ll likely leave Egypt wanting to come back as soon as possible.

And who better than Nile Holiday to make you experience the best week of your life in Egypt? To help make the most of your time in Egypt, get in touch with us now and let us help you plan your dream Egypt Tours.