Five Reasons To Travel To Egypt In 2022

Five Reasons To Travel To Egypt In 2022 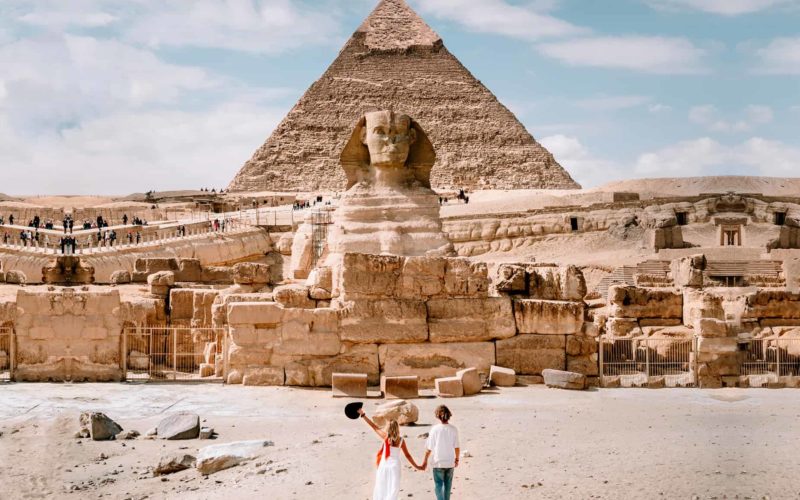 Everyone can agree upon the fact that Egypt is among the best destinations to travel to. Filled with rich archaeological sites and mind-boggling monuments, it is unparallel. Referred to as the Land of Pharaohs, Egypt Destinations should be in your travel destinations list because of the reasons we’ve discussed in this article. 2022 is more than halfway through and it’s the best time to consider taking a trip to Egypt. Here’s why:

State Affairs Are Better And Stable

Egypt has a long-standing history of bureaucratic rule in which presidents held the highest (and only) power to govern the country for a long time. In January 2011, a massive protest took place outside the government places demanding the resignation of President Hosni Mubarak who had held the position for three straight decades. Mubarak resigned after eighteen days of protest. Since then (and even before that), Egypt is shackled with political unrest which to some degree has affected the tourism industry in Egypt.

Things took an even uglier turn after a chartered Russian aircraft crashed in the Sinai Peninsula killing all the passengers which is purported to be a terrorist attack. Countries including the US and UK demoralized, warned, and even banned tourists from visiting the place.

But since Abdel Fattah El-Sisi took charge, the country has been peaceful. In and around all major Tourist Destinations Of Egypt and hotels, armed guards and low enforcement agencies can be seen in large numbers to protect the tourists from any mishaps. Now, things are getting better, and in 2022, Egypt is enjoying its best years in terms of international tourist arrivals.

Tourist Sites Are Getting Renovated

Egypt has a habit of constantly renovating and upgrading its tourist sites. Being one of the oldest civilizations in the old, most of its antiquities and historical monuments date back to BC era. But over time, many of them have weakened and need reconstruction. Thus intermittently, the Egyptian Government puts a lot of effort into keeping its heritage sites in a good preserved condition. As per reports, a budget of 400 million Egyptian Pounds has been announced by the Egyptian government to rehabilitate the deteriorating Giza Pyramids. So a tour in 2022 will be far better. So there’ll be something different to cover, at least from a different holistic perspective.

You Can Still Find Yourself In Seclusion

With the high influx in tourist numbers and most of them visiting the most famous places in Egypt at the same time, you might get the impression that the main tourist sites in Egypt like the Great Sphinx And Pyramids Of Giza are overcrowded. And to some extent it is true. But there are still some corners left in these sites which are either free of crowds or present in very few numbers. Thus, you can click pictures and explore the places freely without busloads in the background.

Another trick to avoid the crowds is to optimize the timings of your visit. Some part of the day, like when the gates just open or during the Egypt Day Tour where the sun is at its peak, crowds are far less than as compared to other hours. Thus, if you want better sightings of the historic monuments, you should aim for these special hours.

To woo back tourists after the political unrest, the Egyptian government was forced to lower the prices of travel and even offered discounts for tourists coming in from specific countries. Also, the Egyptian Pound has lost more than half its value after the government allowed the national currency to float to market rates. Both these factors contributed to Egypt Tours getting cheaper and affordable. Even the five-star rated hotels are seen charging as low as $200 per night, thus bread and breakfasts will be incredibly cheap. So you should definitely think about packing your bags to Egypt before prices go up again.

Hotels Are Getting Refreshed

With the dip in tourist numbers, hotels took this as a positive sign and invested in getting it renovated and refreshed for the next wave of tourism, which they thought was inevitable and was a matter of days. Many people wish to stay in a hotel facing the River Nile in a perfect location. There are numerous hotels and lodges lined up along the river in the most ideal setting that are recently renovated. Nile River Cruises are following suit and reinventing themselves with world-class amenities. In 2022, you can expect the accommodations to be more elegant and comforting.

Depending upon the duration of the tour, your itinerary should inevitably include Cairo, Hurghada, Aswan, Sharm, Alexandria, and Luxor. All of these cities have some magnificent sites to explore. If you’re planning Egypt Tours in the coming months, contact Nile Holidays today to receive the best-customized tour packages.