Experience Abu Simbel to Luxor tours and enjoy some of the most attractive spots in Upper Egypt. Visit Abu Simbel temple, one of the great highlights of most visitor’s holiday in Egypt. Then the stunning Philae Temple, the Granite Quarries, still holds the unfinished obelisk and Aswan High Dam. And then transfer to Luxor to discover the Valley of the Kings, Hatshepsut Temple, Colossi of Memnon, and Karnak Temples before your tour is completed at the Luxor Temple

Nile holiday representative will meet and assist you at upon your arrival at Aswan Airport and then he will escort by an air-conditioned modern vehicle to your hotel in Aswan. At hotel, we will assist with a smooth check-in & free time to relax.

Early in the morning, your Egyptologist tour guide will pick you up and transfer to Abu Simbel (almost 3 hours’ drive). Upon your arrival, your tour guide will explain to you the story of the two magnificent temples. Afterwards, take time to marvel at the exquisite detail as you wander through the temples yourself. The two massive rock-cut temples of Abu Simbel are considered to be the masterpieces of ancient Egypt.

The complex was relocated in its entirety in 1968 on an artificial hill made from a domed structure. The relocation of the temples was necessary or they would have been submerged during the creation of Lake Nasser, formed after the building of the Aswan High Dam on the River Nile. After finished, transfer back to your hotel in Aswan and free time to relax

Proceed to visit the Aswan high Dam, the world’s largest embankment dam built across the River Nile between 1960 and 1970, to control the Nile flood, provide increased water storage for irrigation and generate hydroelectricity.

Enjoy a motorboat short ride to the beautiful Philae Temple complex, originally situated on the island of Philae. You will explore the three principal monuments on the island all date from the Pharaonic, Ptolemaic and Roman periods, the temple of Nectanebo II, the temple of Isis, the Temple of Hathor and the Kiosk of Trajan.

After finished, you will be transferred to your hotel in Luxor (almost 04 hours’ drive). Arrive to Luxor, check in your hotel and overnight

Breakfast at your hotel in Luxor and then your Egyptologist tour guide will pick you up to start your Luxor full day tour on the west bank of the River Nile. Your first stop will be at the Colossi of Memnon, are two massive stone statues of the Pharaoh Amenhotep III.

Move on to the Valley of the Kings, the burial site of almost all the kings (pharaohs) of the 18th, 19th, and 20th dynasties (1539–1075 BC), from Thutmose I to Ramses X. You will visit three rock cut tombs of the richly decorated with reliefs and paintings. Your tour guide will explain the history and legends of these remarkable people, and the significance of the many paintings and hieroglyphics.

Proceed to the Temple of Queen Hatshepsut, which is considered by historians to have been one of the most successful rulers of ancient Egypt. Both the setting and the construction of her temple make it unique among the landmarks of Egypt.

Later on, you will proceed with your Luxor tour to visit the east bank of the Nile.  You will visit Karnak Temple, the largest religious building in Egypt. Entering the temple through the sphinx avenue, built by Ramesses II, you come to the immense pylon entrance. Walk in to the huge Courtyard are three chapels dedicated to the gods Amun, Mut and Khonsu. Entering the remarkable Hypostyle Hall with 134 towering columns, each carved with scenes of gods and pharaohs, and hieroglyphic inscriptions adorn the outer walls.

Continue to Luxor temple, enter the temple through the great pylon with two enormous statues of Ramses II still stand, along with a pink granite obelisk (its mate stands in the Place de la Concorde in Paris, France). Continue on to an enormous interior courtyard, where the Abu Haggag Mosque once stood atop the ruins of the temple. You can still see a ghostly remnant of the mosque on the east side of the courtyard, high above the columns, its arched doorway opening into thin air.

Later on you will be transferred to Luxor Airport for final departure. Your flight has to be after 17:00 to be able to do this tour.

Optional: A spectacular hot air balloon flight over the west bank of the Nile is available this morning (expect an early start to catch sunrise as the balloon rises).

US $ 835 One Person Traveling Alone

US $ 965 One Person Traveling Alone

US $ 755 One Person Traveling Alone

US $ 835 One Person Traveling Alone

US $ 675 One Person Traveling Alone

US $ 750 One Person Traveling Alone

US $ 615 One Person Traveling Alone

US $ 665 One Person Traveling Alone 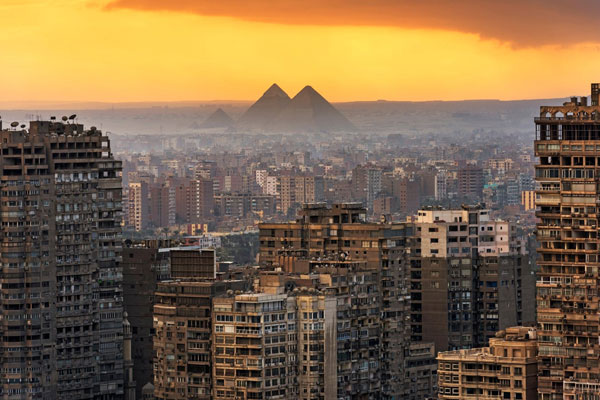 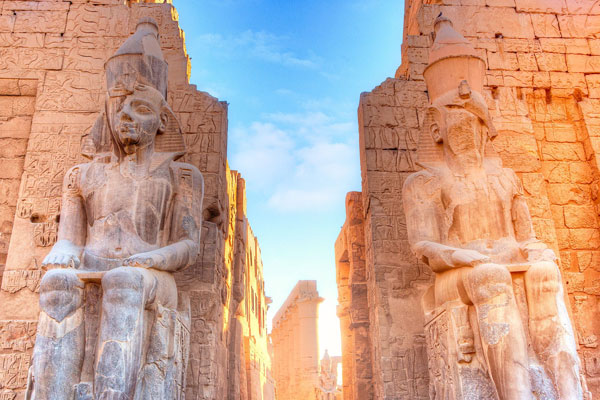